Occasionally I lose my tiny mind and I pick a lost Doctor Who story, grab up everything about it that I can and devote a week to deep diving into it. This week it was the third season historical The Massacre, produced under the aegis of script editor Donald Tosh (who Loose Cannon interviewed about the story) and producer John Wiles.

I have read the shooting scripts, watched the Loose cannon reconstruction, listened to the narrated soundtrack, listened to Peter Purves’ reliably brilliant reading of the novel, read the Pixleyana entry in the Complete History, read James Cooray Smith’s excellent and illuminating Black Archive book on the serial, read Rob Shearman and Toby Hadoke’s take on it in Running Through Corridors, moaned that there isn’t a Fact of Fiction feature on it yet, and rummaged through all the existing photographs.

I’m not sure I have anything new to add, but these are the things that occurred to me, noted down as much for the benefit of my memory as your edification.

For those who don’t know the story, here’s a précis.

The script was substantially (totally?) rewritten by Donald Tosh because he felt John Lucarotti’s scripts were historically inaccurate – so all the historical inaccuracies in the script are Tosh’s own.

In the process of rewriting, possibly due to time pressures, large parts of the storyline, particularly the Doctor’s role, become completely incoherent. In episode one I think it’s most clear what Lucarotti intended. 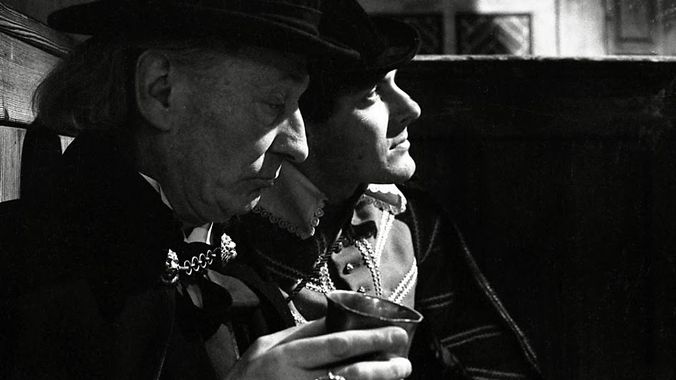 Steven rolled his eyes. He’d warned the Doctor that he’d regret that sixth glass of Beaujolais.

When the Doctor is leaving Steven alone in the Inn, he is noticed by Roger, a Catholic. From what we can gather from the script, Roger sees the Doctor, does a double take, and follows him out of the Inn. Steven notices this, becomes concerned the Doctor is in trouble, tries to follow but fails.

Given that we later discover the Doctor is the spitting image of the Abbot of Amboise, it seems that this is the moment when, in Lucarotti’s original version, the mix up about his identity begins. But in the broadcast version we never find out why Roger followed the Doctor, and this encounter is never mentioned again.

When we next see the Doctor, he is visiting the apothecary Charles Preslin, who is in his shop hiding from Catholic persecution. (In episode two a local woman says she hasn’t seen Preslin in two or three years, and thinks he’s been executed, which rather implies that Preslin hasn’t left his house in all that time – what the dickens was he living on in his dusty old chemist’s? Rats and mould? Liquorice root? Or did he just subsist on his stocks of laudanum?) The Doctor suggests going to see the Abbot about the plight of the apothecaries and then says ‘I wonder….?’ What do you wonder, Doctor? Tell us!

Finally, Preslin dispatches a boy to escort the Doctor to some unspecified location and wishes the Doctor good luck in some unspecified, and never again mentioned mission that he has embarked upon. We also never see Preslin again or are given any indication of his fate – but he is absent when Steven and Anne overnight in his shop later in the story.

It seems clear that a scene is missing from episode one, excised by Tosh. In the original Roger must have accosted the Doctor outside the Inn, mistaking him for the Abbot. The Doctor must have dismissed the confused Catholic lackey, but the idea that he is the double of the Abbot has been planted in his mind. He visits Preslin, realises that by impersonating the Abbot he can help the old man, and then sets off to do so. But by removing the post-Inn scene with Roger (which I admit I have no evidence for other than that provided by the text), the whole point is lost.

When the Doctor re-appears in episode four, he has no idea of the date, so only then does he discover that a massacre is imminent. Where has he been for two episodes? What has he been doing? What happened to Preslin? Why did Roger follow him? All unanswered. All we get is ‘I was unavoidably delayed’. FFS, Donald.

In Lucarotti’s original we know that the Doctor impersonated the Abbot, the intention being to give Hartnell a chance to flex his acting muscles and to enjoy a good old-fashioned doppelganger plot. Most of the seeds of that story are planted in episode one but they are not dug up again in the hurried rewriting, leaving us with a story that partially takes root and then is left to wither.

Honestly, the role of the Doctor in this story is entirely incoherent. It’s not cleverly ambiguous, which is what Tosh seems to have been going for. It’s just a crappy, slapdash rewrite inspired by two deeply misguided ideas the production office had at the time. 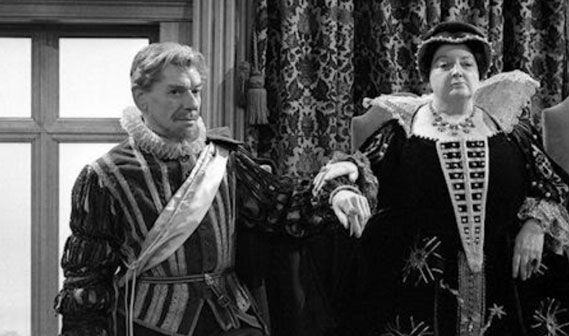 Quatermass and the Queen was a rare departure for Nigel Kneale. He remained bitter about its muted reception.

First, Tosh and Wiles had a very odd idea of what a Doctor Who historical should be – that the Doctor and his companions should not interact much with major historical figures because that would risk changing history, so they remain sidelined and, in this story, in their own hermetically sealed storyline that only butts gently up against a parallel story involving real people talking seriously in posh rooms. This misses the point of both Doctor Who and its historical serials by a country mile.

Second, he and Wiles had this insane idea that Hartnell was a liability to the show of which he was the star, and so they limit his time on screen, robbing him of the chance to play a really meaty double role plot, which was part of the whole point of the script in the first bloody place.

Despite the shoddiness of the rewrite, and the misguided dictats of the production team, The Massacre is full of great scenes delivered by great actors. It’s just none of the actors are Hartnell, and none of the scenes have really got anything to do with our heroes – they are scenes of political skulduggery conducted in rooms our heroes hardly enter.

The Massacre is a top-notch historical costume drama TV, serious in intent and being played with conviction by actors like Andre f***ing Morrell, one of the finest actors to ever grace the small screen. What it isn’t, though, is good Doctor Who.

The audience agreed – this serial saw the show’s ratings collapse for the first time, and it was years before they recovered. 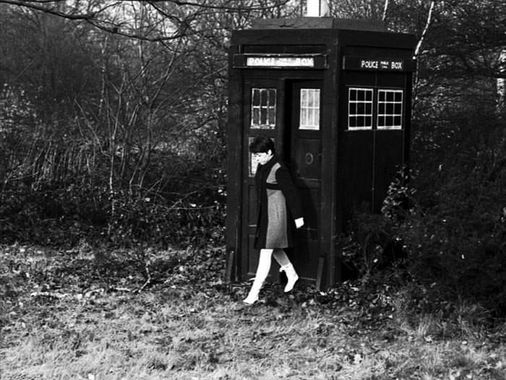 Look at the state of that bloody Tardis. Wiles, the genius, double booked the prop so this travesty actually appeared on screen. FFS, John.

However, after our heroes leave Paris, there is a searing two-hander for Purves and Hartnell in which the Doctor defends his choice not to change history and Steven walks out in disgust. (This scene is so damn good, and so massively ahead of its time, that the 21st century show revisits it with 10 and Donna at the end of Fires of Pompeii). This is then followed by a monologue for Hartnell that is both brilliant on the page and stunning in performance.

Then a whiplash inducing descent from the sublime to the ridiculous – the final sequence which follows this high point, in which Steven just, um, wanders back into the Tardis again, without explaining why, and a young, dim sociopath enters, is hugged by a random old geezer and then kidnapped into time and space, is one of the worst, shoddiest, least convincing things ever broadcast in Doctor Who.

Yet in those brief few astounding minutes towards the end of episode four, between Paris and Dodo, Tosh demonstrates that as a writer he could really deliver Doctor Who, and specifically that he could deliver for Hartnell, the leading man he wanted to get rid of, who rose to the occasion magnificently. Oh, what might have been, if Tosh had taken the time to craft more material of this calibre for a leading man he had actually trusted.

Other random thoughts and factoids I somehow did not previously know

Peter Purves is this serial’s leading man, and he’s brilliant. It amazes me that he never went on to become a mainstay of BBC drama.

Lucarotti’s brilliant novelistic reclamation of The Massacre is completely different to the TV version, and probably to his original scripts which were lost by the time he came to write the book – although the decision to frame it with a weird trial sequence set on Gallifrey is odd, and the later choice to have Purves play that Doctor with his 1st Doctor voice in the audiobook is, to say the least, canonically confusing.

Annette Robertson, who played Anne, was married to future War Doctor John Hurt at the time. She is still alive but to the best of my knowledge she’s never been interviewed about her time on Who. (Jean Marsh, ex-wife of future third Doctor Jon Pertwee, appeared in the preceding 9 episodes, making this a 13-episode run co-starring Doctors’ wives).

Borrowing the faces of 16th century Frenchmen was very in vogue on Gallifrey for a brief period – Borusa stole Admiral De Colingy’s face; Co-Ordinator Engin styled himself after Charles Preslin; one of the Time Lords present when the Master assassinated the president was wearing Teligny’s face; and Leela ended up marrying a Gallifreyan guard who pinched Roger Colbert’s mug.

Eric Thompson, who played Gaston, was Emma Thompson’s dad and, legendarily, wrote and voiced The Magic Roundabout for which, inexplicably, he was not knighted.