I started 2010 by finishing off my Highlander scripts, then spent four months writing Childrens’ Crusade.

In the second half of 2010 I spent four months working VERY hard on a screenplay which I entered in the Red Planet Prize – when it didn’t even make it past the first round, I must admit I was pretty gutted and it took the wind out of my writing sails somewhat. I hadn’t expected to win, but to not even get past the first round really surprised me. Oh, hubris!

I started 2011 in a bit of a slump without a book deal lined up – in fact, without any commissions at all in the bank. My plan was to write a book off my own bat and shop it around. I made a fair start but then life got in the way – job changes, an unexpected house move which was very stressful indeed, illness, a prolonged and pretty crippling bout of depression – it was all a bit of a jumble.

Then the second writing-related gut punch came in 2011 when, despite absolutely rave reviews from all quarters, the Highlander box set failed to find enough of an audience to guarantee another series. Oh, I had SUCH plans!

I began to think that maybe I wasn’t really a writer at all, merely ‘that guy who wrote some stuff once’, which is a very different thing.

Sometime in July I decided to stop writing for a while and concentrate on getting my life in order and getting well. It was the right decision – I was putting too much pressure on myself.

In the end I didn’t take a complete break – I was unexpectedly approached by Rebellion to do some writing work on a forthcoming computer game called Sniper Elite V2. I jumped at the chance to try something new. It required less creativity from me, and more meticulous careful craft, as I was working to a tight brief with limited room for maneuvre. But I found it very rewarding and fun, and I think my contribution will make it a better game.

Meanwhile, something rather wonderful and unexpected happened during the year. At the second SFX Weekender and then at the BFS Convention in Brighton, I got to hang out with lots of genuinely lovely people and started to feel, for the first time in a long time, that I had a peer group I really liked and with whom I fitted in.

If it was my family’s extraordinarily generous help in sorting out our domicile that helped set my domestic life back on track, it was my experiences at these conventions, and the friendships I’ve made with the people I met there, that helped get my head sorted out, reassured me that yes, I was still a writer, and reaffirmed my decision to resume writing in 2012.

Towards the end of the year I broke my hiatus to write a short story for Pandemonium: Tales of the Apocalypse, which I have to say I’m very proud of. The launch event for the book, at which I gave a reading, coincided with my 40th birthday. It was such a wonderful and well received do that it cemented my determination to start 2012 with a bang. I don’t think I can adequately express how grateful I am to Jared and Anne of Pornokitsch for their support over the past couple of years.

So, one month into 2012, how has my New Year’s Resolution played out?

I started badly – I had a invitation to write a short story for the second Pandemonium anthology. I was keen, and had plenty of time to come up with something… but I got nada. Nowt. Zilch. For some reason the muse was sulking and I eventually had to pass on the opportunity, which really annoyed me.

Then, a novella commission that I thought was a slam dunk was cancelled before I even started writing it.

To top it all, I had to cry off attending this year’s SFX Weekender 3, because I simply couldn’t afford to go. I cannot stress how much this sucks.

I began to think maybe 2012 wasn’t going to be much different to 2011 after all – maybe it was even going to be worse!

But I refused to give up.

Firstly, I was sitting on an open invitation to pitch for a series of audio plays. I decided that no matter what, I would land a commission, and I started pitching like crazy. In all I’ve pitched eleven story ideas this month. Eleven! That’s a lot for me, but dammit, I was determined. Finally, last week, one of them stuck and I got the greenlight to turn it into a proper outline. It’s not a commission, but it’s one in the win column for persistence. I’m working on the outline at the moment; fingers crossed.

Secondly, the day after the novella was canned, a commission for a totally unrelated novella landed in my inbox. I signed the contract last night and am already hip deep in research mode, with 2,000 words already written. My juices are flowing again.

Thirdly, having claimed back the rights to my Farscape episode guide book, I’ve sold them again to the Tor.com blog, where I’ll be running revised and updated versions of each episode guide as a weekly rewatch starting Feb 8th.

And while all this is going on, I have an editor waiting for the synopsis of a novel – I sent him the first 8,000 words a few months ago and he said he wanted to read more. Completing that synopsis will be my first job after the novella’s delivered.

So all in all, January 2012 has been a good month. Some downs, some ups, a solid commission, a well received pitch, a new ongoing blogging gig, and solid prospects for work beyond March. Most importantly, though, I’m back out there Getting Stuff Done.

Feels good. Maybe I am a proper writer after all…

Plus, coming in November, check out the lovely: 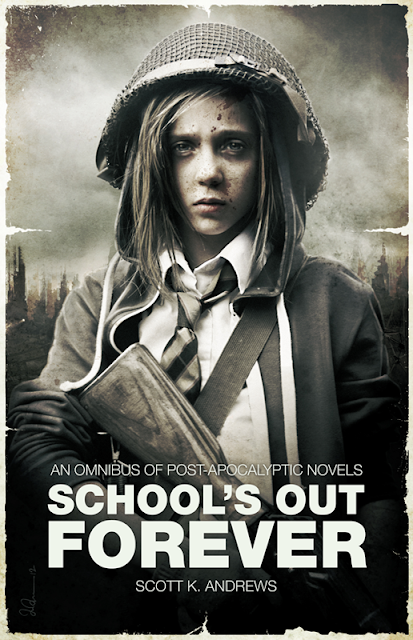