My next big thing

Damn it, that Guerrier chap tagged me in a writers Q&A meme and I’m bound to follow suit or my entrails will be forfeit to Lord Beelzebub and his horde of demonic kittenbats. (Also, it will help prevent me writing a 10,000 word screed on the unbelievable corporate fuckwittery that is the Hellblazer cancellation.)

Since Guerrier, and Joseph Lidster before him, have gone off-piste I am going to do the same. I DO have a new novel in the works but I’m not willing to talk about it yet, so I’m going to talk about a new book I’m contributing a short story to.

What is the title of your new book?
My story ‘Grit’ is appearing in A Town Called Pandemonium, which comes out at the end of the month.

Where did the idea come from for the book?
A commission. Anne Perry and Jared Shurin asked me if I wanted to come play in their shared universe along with nine other authors, and I said yes please.

Oddly, they’d asked me to contribute a Dickens/London themed tale to a previous anthology, and as a Dickens fan and a London resident, I leapt at the chance and then… came up with nothing. Eventually I recused myself.

They then said, how about a western? And I had a story within ten minutes, as if delivered by the ideas fairy. Odd how it happens sometimes. The germ of the idea was a man waking up naked in the main street of a frontier town. How did he get there and what will he do next?

What genre does your book fall under?
The book as a whole is Weird Wild West; my tale is more strictly Western Noir – I think of it as the kind of story Hard Case Crime would publish if they did westerns. With monsters in.

What actors would you choose to play the part of your characters in a movie rendition?
My nameless hero would be Nathan Fillion; Waterloo Jones would be Helen Mirren; John Longpoke would be Joseph Gilgun; Katie would be Jodie Whittaker.

What is the one sentence synopsis of your book?
A lawman, a fugitive, a dame with a gun, and a silver bullet.

Will your book be self-published or represented by an agency?
It’ll be published by Pandemonium Fiction.

How long did it take you to write the first draft of the manuscript?
About a month. I had the opening and the ending, but the middle took a while to come into focus.

What other books would you compare this story to within your genre?
There was a great anthology a year or so back called Gutshot that falls within the same ballpark.

Who or what inspired you to write this book?
I was asked by nice people, and I realised I could have some fun with it.

What else about your book might pique the reader’s interest?
This awesome picture, one of six done specially for the book by Adam Hill. 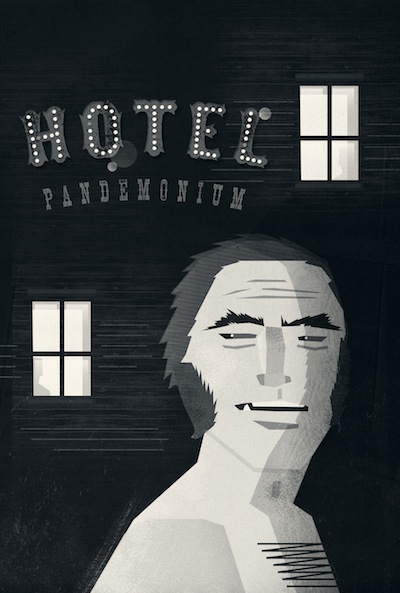 Which other writers would you like to tag to tell us about their Next Big Thing?
Sophia McDougal, Will Hill, Gary McMahon, Tom Pollock, Jonathan Morris.