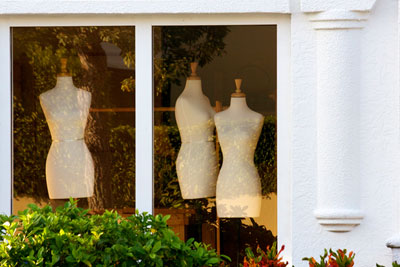 Hello and welcome to www.scottkandrews.com.

It’s a bit spartan at the moment, but the content is in, I just need to dress up the window a bit. All the info about my books and plays, and a few key old blog posts, are in. More will follow.

This is the third blog I’ve had, on the third domain name – www.sixesandsevens.net and www.eclectica.info are now both defunct. The latter is still there, taking up space and cluttering up t’internet, but it will eventually die.

I have scorched the earth and started again because Eclectica was set up a long time ago on Textpattern V1. Textpattern is now on V4 and my version is so old it cannot be automatically updated – this means no whizzy widgets, plugins or up-to-date stuff.

I also can’t export from it in any format that I can then import into the current version of Textpattern. So if I have to start afresh I may as well do it in WordPress.

Also the name – Eclectica – was chosen to support a radio show I used to do online. That’s also defunct and so the name doesn’t really make a whole lot of sense any more.

Since I can’t get @scottandrews on Twitter I added my middle initial and became @scottkandrews, even though I don’t use it when I write. Then, once I’d done that it seemed logical to keep the K for the domain name, as there’s no point in confusing people.

I bet nobody’s read this far. God, I’m boring myself. Who cares about this shit?

Tell you what, to reward faithful readers, here’s my theory about who’s in the spacesuit in ‘The Impossible Astronaut‘ . (Emphasis on theory – I have no inside knowledge, folks, merely a compulsive inability to stop trying to work this stuff out.) 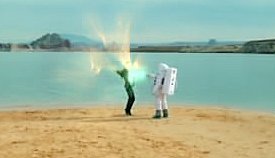 I reckon it’s the Doctor! Yup, I betcha he kills himself. That’s why he lets himself be killed, you see? I think the oscillating Amy pregnancy – Schrödinger’s baby, if you will – implies that there are two timelines in competition, each equally likely and kept in a state of quantum indeterminability. What I think the Doctor has to do is tip the universe towards the timeline where the Silence lose, and at some point in his future he’ll realise he’s blown it and has to sacrifice himself to let the alternative Doctor set things right… by killing his alternate self!

Yes, it makes my head hurt too. And it’s almost certainly bollocks. But it’ll be fun to see if I’m right. And since no buggger will read this far into such a boring post, I can leave it here and direct people to it when the truth is revealed and say ‘Ha! I was right! Proof!”.

Alternatively, if I’m spouting utter nonsense, NOBODY WILL EVER KNOW!

God, I’m so cunning sometimes I outwit myself.

And that’s why I’ve had three different domain names in ten years.