“Andrews pulls out all the stops… and he has masterfully interwoven past, present and future into a story that will have you on the edge of your seat from beginning to end”
Feeling Fictional

“Fun, fast and furious… a huge step-up from Timebomb. It will leave you demanding more”
Escapades of a Bookworm

“a thrilling and well-developed SF adventure, the characterisation is as multi-dimensional as the time-travel plot”
GeekLife 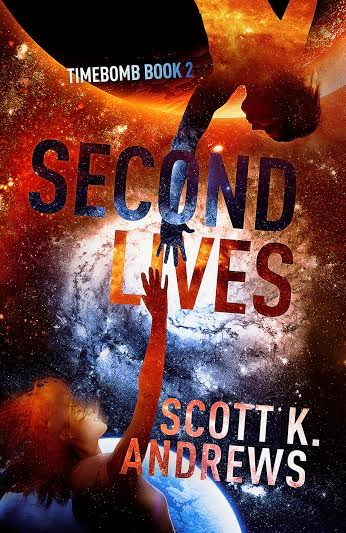 There are risks to tampering with established events… timelines become snarled, histories become tangled… and one false move could destroy time itself!

Jana, Kaz and Dora have escaped from their mysterious enemy, Quil, wounded and scared. Taking refuge in a place outside of time, they devise a plan to change the past, altering Quil’s life so that she never meets them.

From the streets of Beirut in 2010 to the domed cities of Mars in 2155 and beyond, the three teenagers fight for their future, and that of all humanity, by trying to rewrite the history of the person who has sworn to destroy them.

What could be more complicated – and important – than trying to save the world? As their feelings for each other grow stronger, though, Jana, Kaz and Dora find themselves at the centre of a different kind of battle. And when it comes to matters of the heart, there can be no real victors.