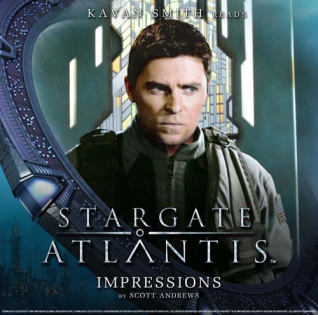 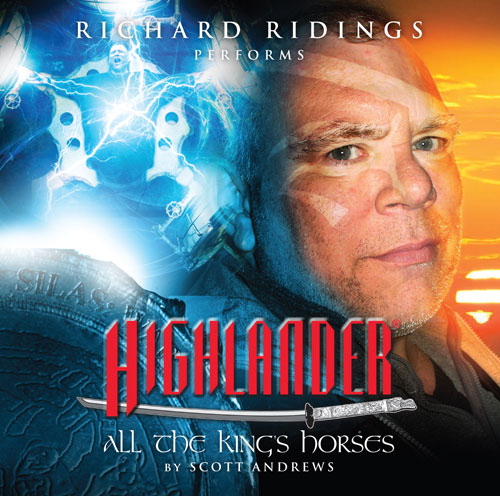 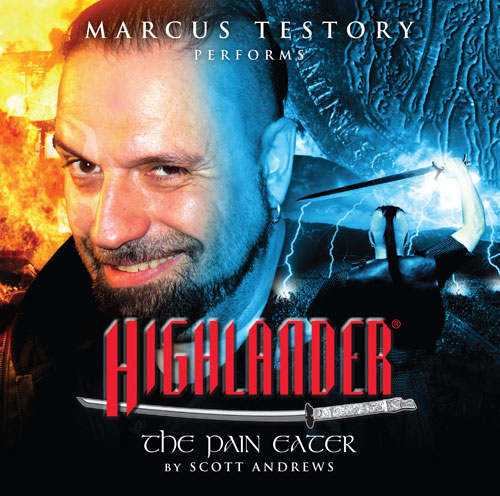 I have written four audio plays for Big Finish Productions. Each is a mix of acting and narration, professionally produced with the actors from the TV series that inspired them. All four are available to buy on CD or as a download. (Note: The Highlander plays are not available individually. They can be purchased as part of the Four Horsemen box set, which also includes a play by James Moran.)

“I’ve painted this city from every angle – inside, outside, day, night. I suppose you could say I’m trying to tell its story.”

Plagued by blackouts, painting strange pictures in his sleep, Major Evan Lorne begins to fear that he’s losing his mind. Has the stress of life in the Pegasus galaxy pushed him over the edge? Then, when Atlantis itself begins to behave strangely, the Major wonders if something else entirely is going on. But with his behaviour becoming increasingly erratic, who can he trust? And can the soldier convince his colleagues that the answer lies in his paintings?

Script extract
Issue #1 of Vortex, the Big Finish magazine
Contains an article by Nicholas Briggs – voice of the Daleks and Cybermen in Doctor Who, as well as so much more – about his role as Dr Glennie in Impressions.

When I was still young enough to wear shorts, my Grandfather, Vic, and I would improvise ‘radio’ adventures and record them onto cassettes, many of which I still have; I was Watson to his Holmes, Jim Hawkins to his Long John Silver.

During the war he was an inspector of vehicles for the Ministry of Defence, up to his elbows in gears, grease and military hardware five days a week. But he was also a painter who loved nothing more than to take off to the countryside with an easel, canvas, brushes and paints.

When the opportunity arose to write for Atlantis, it was Lorne I was most excited to write about. The idea of a soldier who is also a dedicated and talented artist echoed that chapter of my Grandfather’s life, and offered a wealth of material to explore.

Kavan Smith was also excited by the idea of delving deeper into Lorne’s artistic side, so I was given the go. The secret was to find an exciting story that could only have been told using Lorne, one in which the paintings drove events and, ultimately, resolved them.

I like to think that Vic, the part-time artist who taught me the joy of a thrilling adventure tale, would have enjoyed this story. I couldn’t have written it without him.

It’s the kind of email a writer greets with both joy and dread.

So we want you to write us Highlander plays about the Four Horsemen – GLEE!

Who are all dead, so you’ll have to do something a bit different with them – FEAR!

First problem: your ‘heroes’ are, or in one case were, psychopathic mass murderers, three of whom are already dead. So you can’t kill off your bad guys, who are also your heroes.

No-one really wants to listen to four CDs worth of gory, consequence-free mass murder (or if you do, then get thee to a psychiatrist!) so we need recurring villain to fight our heroes, someone that the baddest bad asses of all time are afraid of. And since the heroes are the bad guys, then this villain has to be a good guy – doesn’t he?

So we need a good guy/bad guy who the bad guys/good guys are afraid of but who can not actually kill any of them, since we know how they die.

But every problem is an opportunity, and one thing was clear from the start: this was going to have to be a very different kind of Highlander…

Mass Movement Magazine
“Moran and Andrews have taken show favourites and crafted incredible tales that carry the legacy of the show to new realms.”

Behind the scenes article in Big Finish’s Vortex magazine #25

In April 2011 the late (and greatly missed) Paul Spragg, myself and Valentine Pelka, who plays Kronos, congregated at the Big Finish offices to talk Highlander. Here’s a snippet of our conversation, taken from the Big Finish podcast.